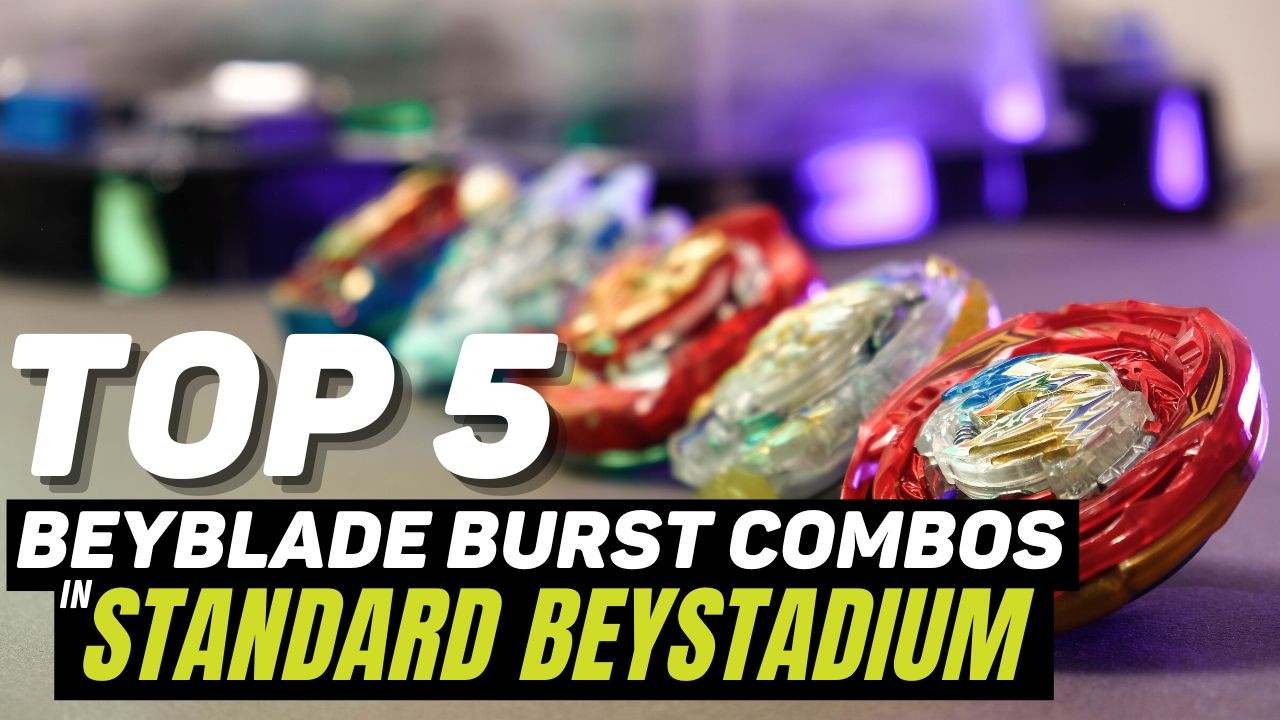 Are you ready to take on the competition and win your next Beyblade tournament?

Then read on! When playing on the B-33 Standard Stadium, these combos are sure to stack up to any opponent’s combo you’ll face. These are considered the top meta and most popular combos by WBO pros, so it’s a good idea to add some of these to your team and be prepared to take them on. 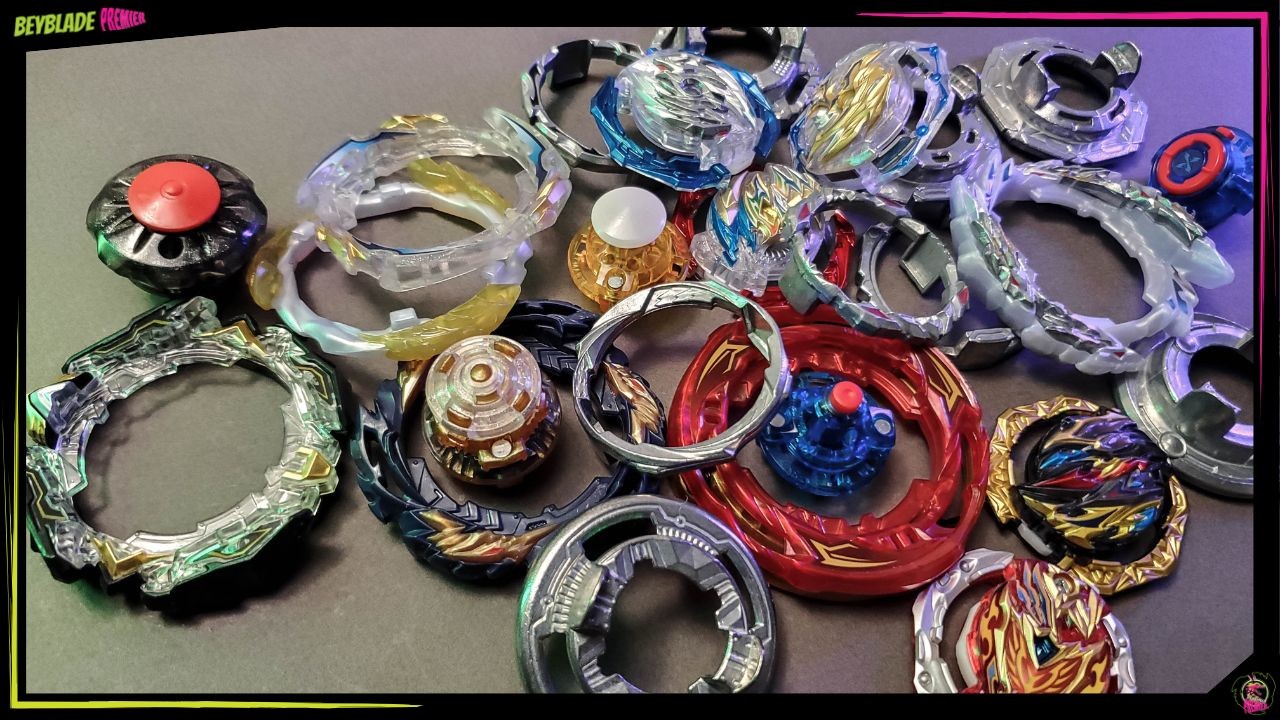 Can You Be Unbeatable?

Although these combos are powerful, no combo is invincible and guarantees a 100% win. Launch strength, aim, and technique are always factors along with luck. But with plenty of practice and experience, you can refine your launch style and learn about various matchup advantages and disadvantages.

When participating in a Beyblade tournament, be sure to enjoy the experience and aim to navigate through the initial rounds with as many wins as possible to qualify for the finals. Most of the time this means winning 3 to 5 rounds in the Swiss Format or winning at least 65-70% of your rounds in other formats.

Ultimately, your goal should be to have fun and learn from your matchups. Take notes of how your combos did against your opponents’ combos and launch styles.

With that said, let's check out the top 5 meta combos for Burst Dynamite Battle on the B-33 Stadium! 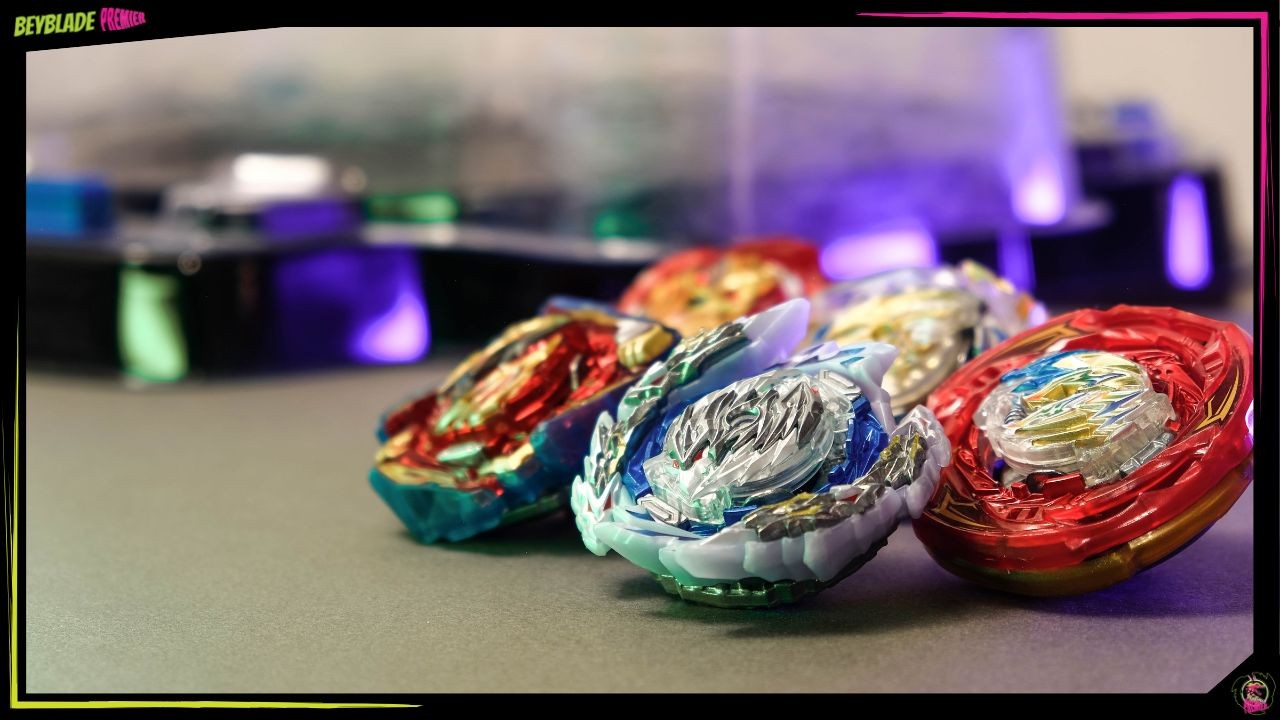 After consulting many of the top WBO players, we’ve put together the top 5 most popular competitive combos in no particular order that’ll give you the best chance of winning most of your matches, getting far, and possibly winning the entire tournament. 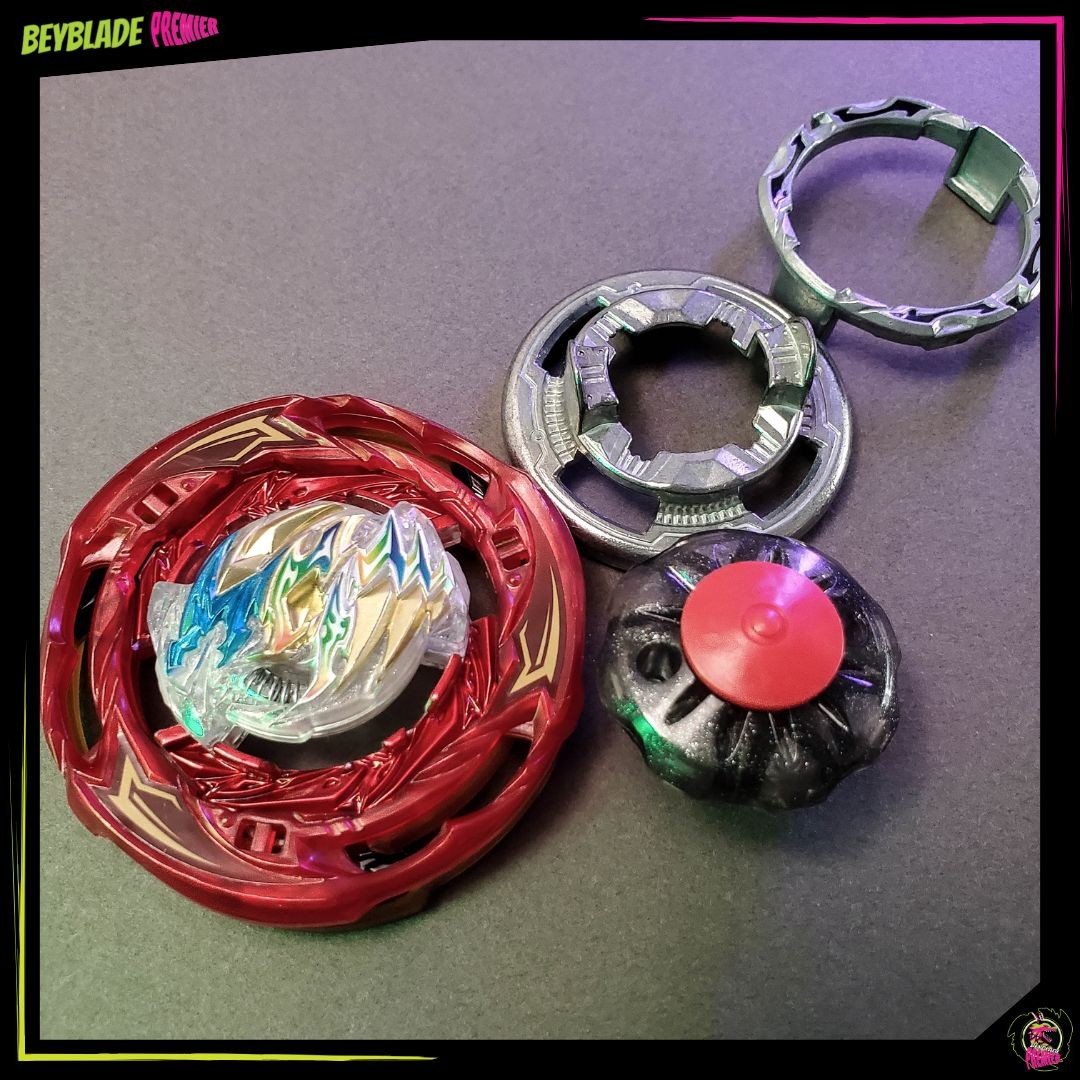 This combo is the king of right-spin defense and stamina type beys. The Wind blade is perfectly round, and double-layered, and creates consistent upforce or downforce to help it stay upright and repel the opposing bey. You choose between multiple right-spin cores depending on their weight, gimmick, or parts of your deck.

Launch at high strength, aim for the center against other same-spin stamina/defense/balance beys or away from attack-type beys. 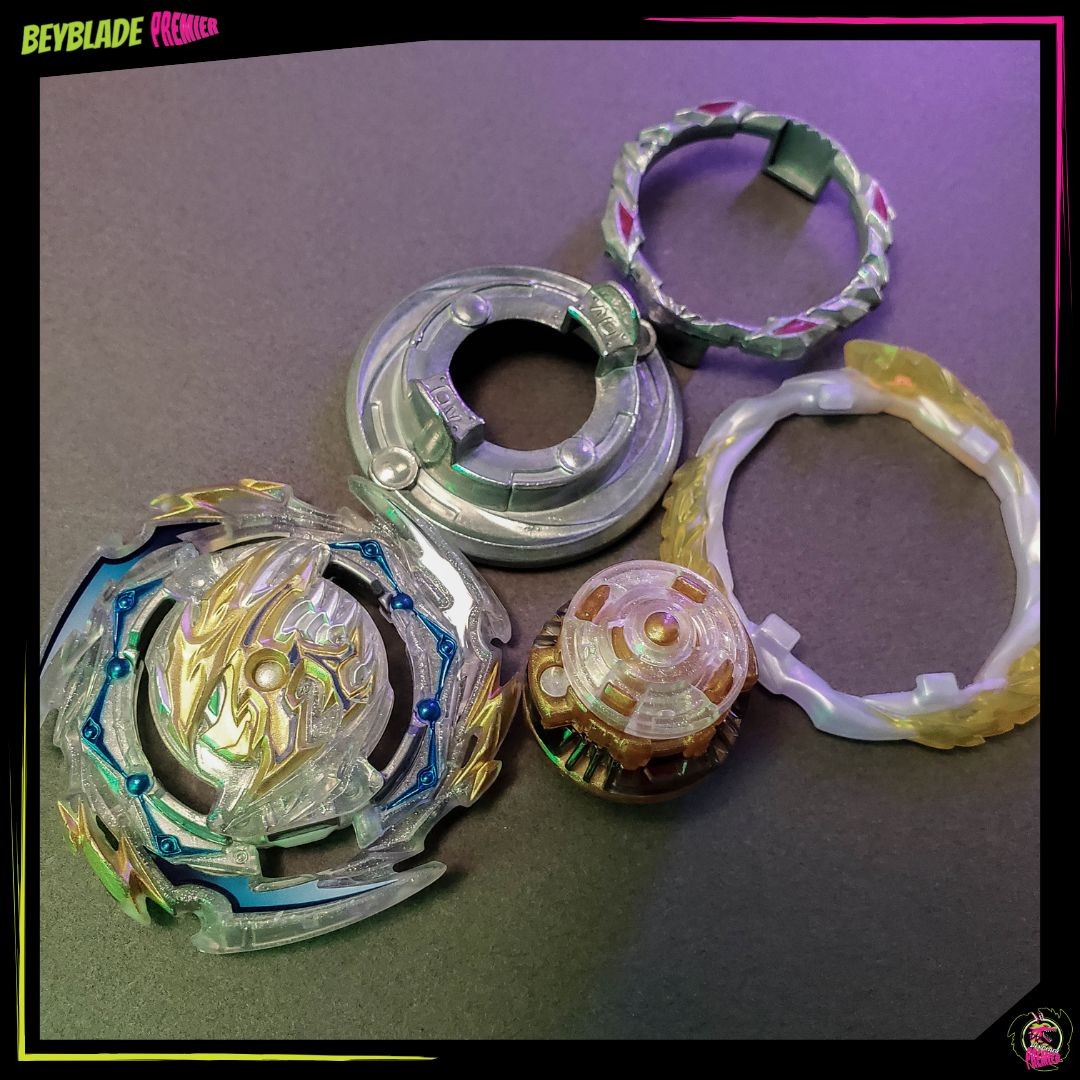 Right up there with Wind, the original Dynamite layer has proven to be a reliable and consistent stamina layer with good defense as long as you always use the F-gear layer attachment. With this combo, you can launch with more power if your opponent is also in same-spin stamina or defense bey to get the extra edge.

The Vanish F-gear allows you to spin steal against opposite spin combos. With High Xtend+’ you also have the option to switch between 3 modes of height; stamina (first lowest position), balance (second middle position), or attack (third highest position).

At default, you’ll want to be in the stamina position, but you should also do as much testing as possible to see how your combo performs against other combos when changing the driver mode.

Launch at high strength, aim for the center against other same-spin stamina/defense/balance beys or away from attack-type beys. 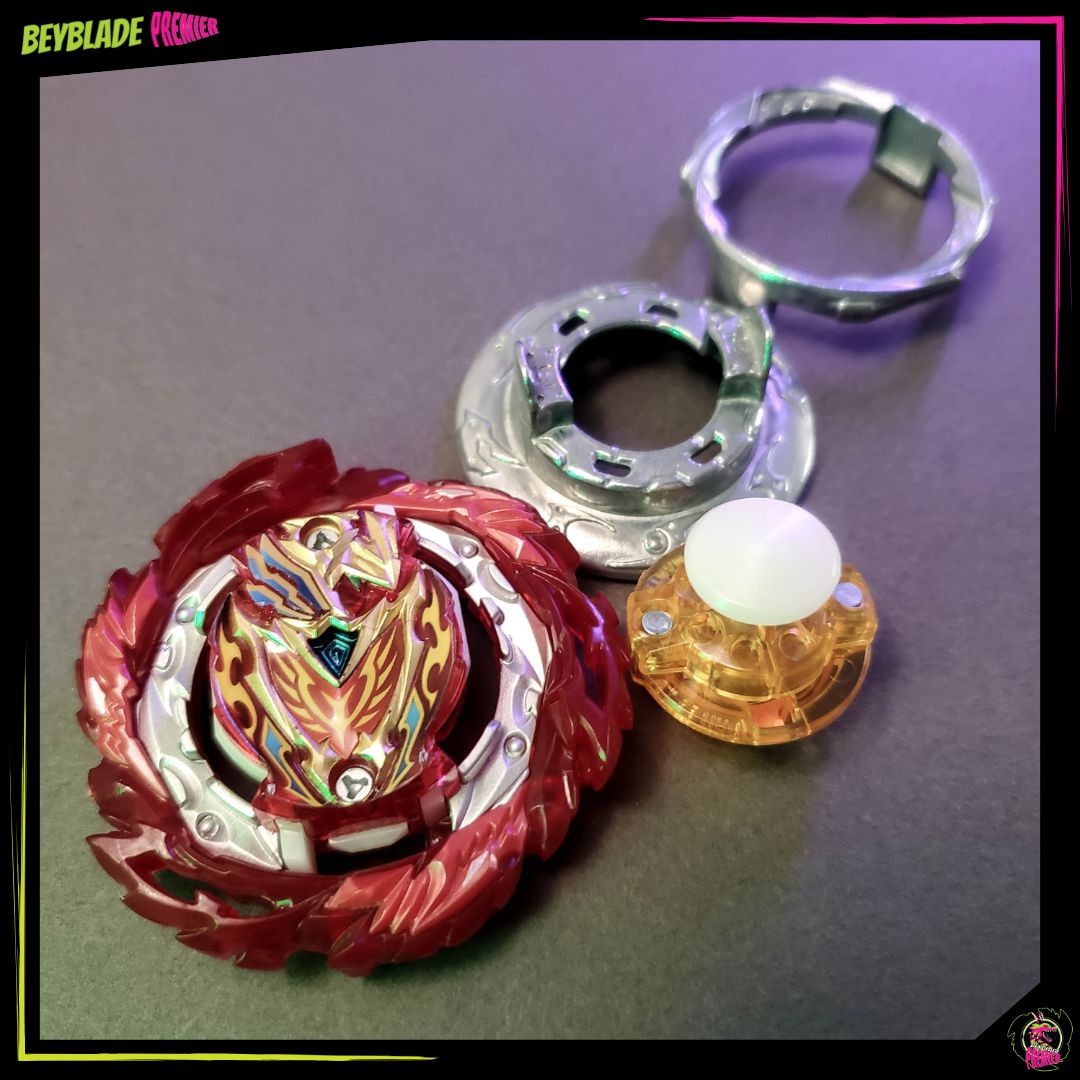 The ultimate defense stamina-stealing left-spin Beyblade blade is Vanish. This combo easily spin equalizes and steals spin from right-spin combos down to the final spin. However, against other left-spin beys, spin stealing is impossible and can be this combo’s downfall.

With its fully rubberized layer, it also repels right-attack beys with ease and can sometimes score counterattack knockouts against any attack-type Beyblade combo.

Launch at medium strength and aim for the center against other opposite spin stamina/defense/balance beys or away from attack-type beys. If you’re going against another left-spin bey, launch at maximum strength and try to get the first hit. 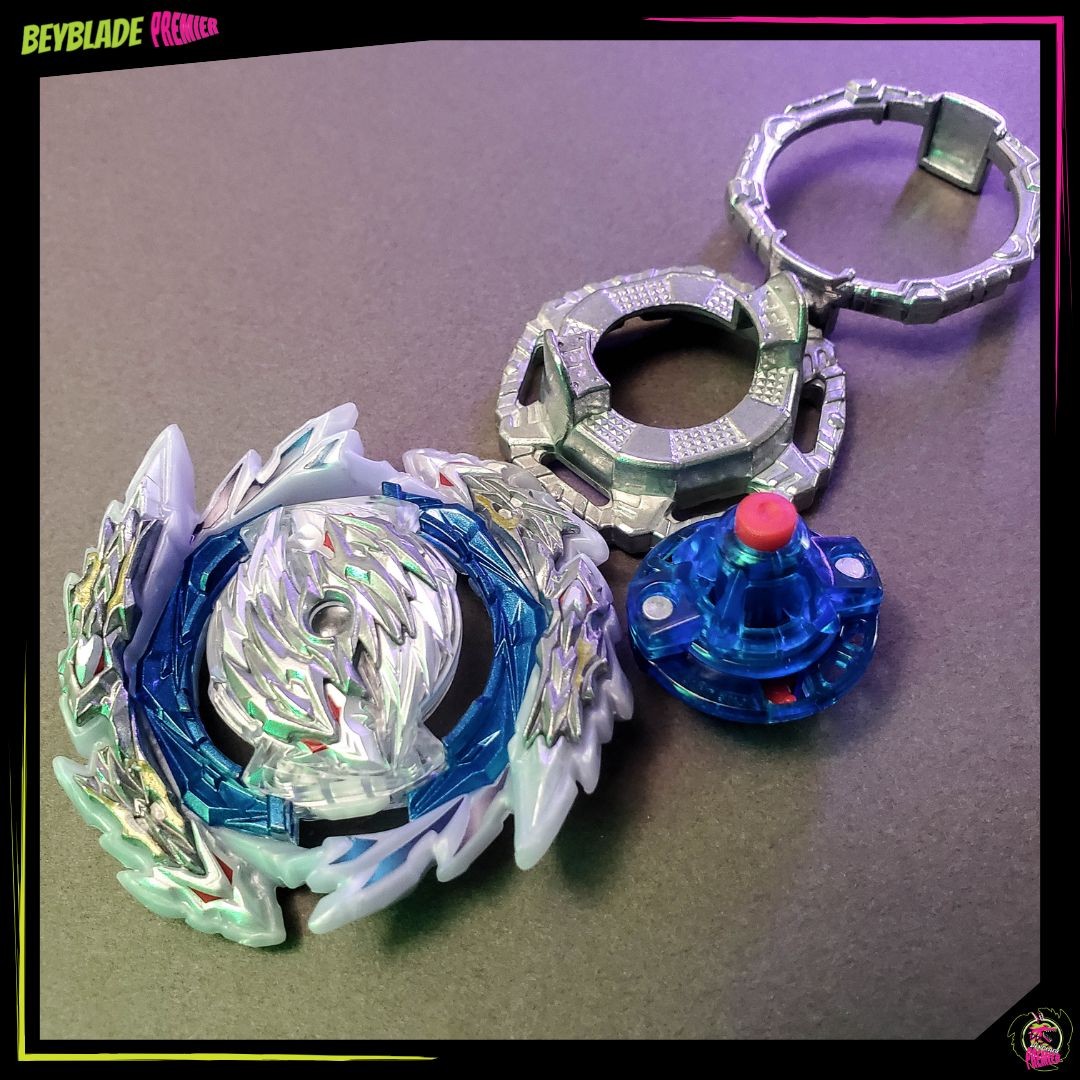 The most powerful left-spin attacker, Lui’s Beyblade has been terrorizing opponents since the GT series. On the B-33 stadium with the Xtreme' rubber driver, you’ll need to score a KO within the first 5-10 seconds of the match or risk running out of stamina fast.

Fortunately, since this is a left-spin bey, you might have additional time when going up against right-spin beys since you might get some spin equalization.

Always make sure to aim for the opposing bey and anticipate their movement pattern. You can also rush launch which means adding a slight angle to your launch to increase your bey’s speed and make the first attack hit with the top portion of the dragons for a devastating smash.

Additionally, the most popular launch method is adding a deeper bank launch resulting in a "flower attack" pattern that makes the combo move in small circles around the stadium, increasing your chances of getting a KO.

Launch at maximum strength, aim for the opposing beys and anticipate where the opponent will launch and how their Beyblade will move. 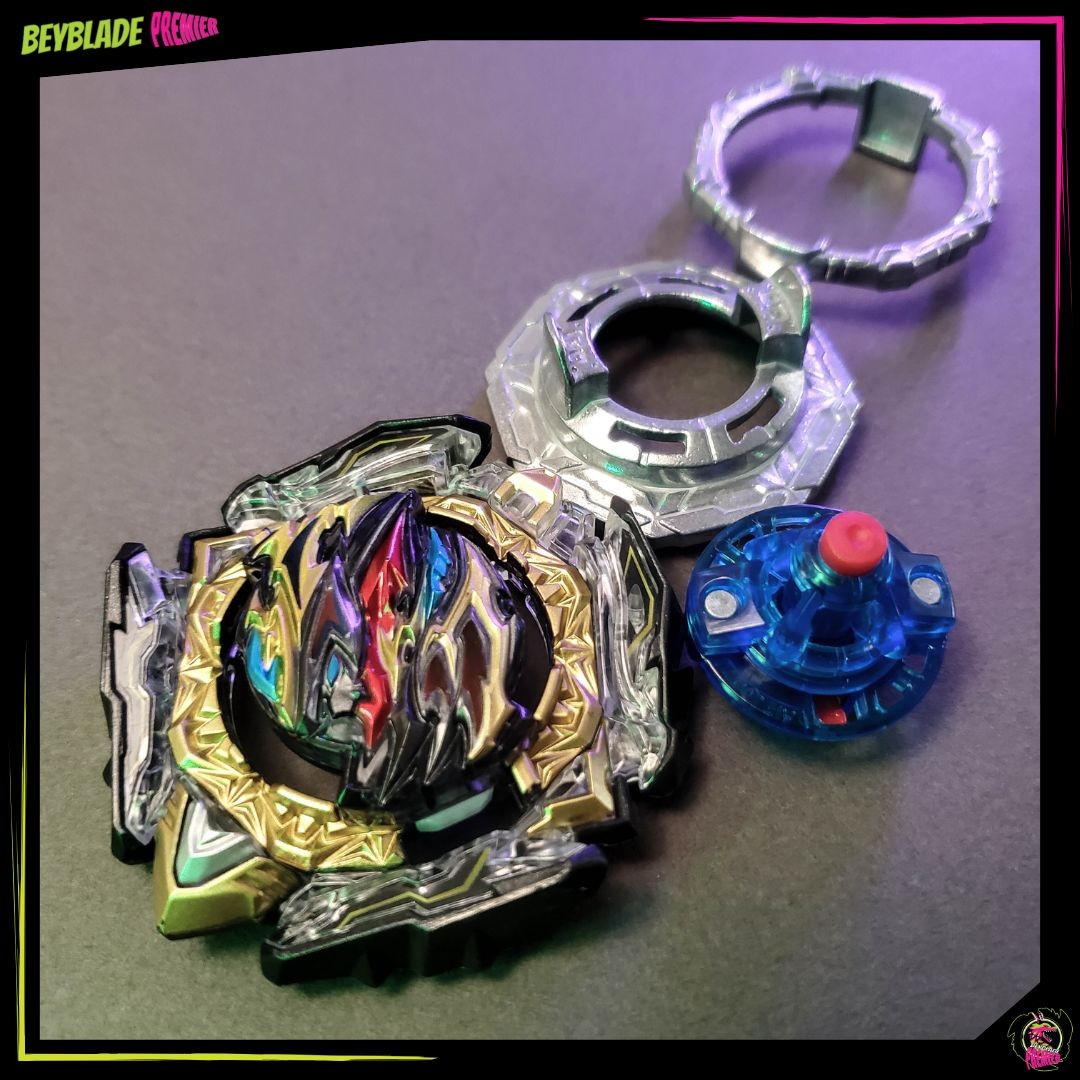 One of the top right-spin attackers, the Xiphoid needs to be aimed at the opposing bey while anticipating their movement pattern. When this blade hits the sword tip, the attack can be explosive! Xtreme’ is the fastest rubber driver on the B-33 stadium but also burns away stamina twice as fast.

You’ll have to launch as powerful as you can and get as many hits in within the first 5-10 seconds for maximum impact.

Launch at maximum strength, aim for the opposing beys and anticipate where the opponent will launch and how their Beyblade will move. You'll also need to master the flower pattern movement which requires a slight bank angle. Using this launch method will make your Beyblade continuously circle to the center of the stadium and back out, making it look like it's drawing round flower petals.

One of the most exciting aspects of Dynamite Battle is the mode change gimmick available on every bey. All combos are capable of switching between a low or high mode by changing the placement position of the armor either over or under the core.

When playing on the B-33 stadium, most combos perform fine on a default low mode. However, different modes battling each other can alter the results of the battle so make sure to test your combo in both high and low mode against the combos in this guide, also in high and low mode, so you can learn the best mode for each matchup.

As always, keep playing and testing so you can enjoy the fun and competitiveness of Beyblade with your very own personal custom combos! The more you experiment and prepare, the better chances you have of gaining an edge over other bladers, and you might also discover your powerful combos and tricks that no one else knows about yet!

The team at Beyblade Premier works endlessly to make sure bladers in as many communities as possible have access to the BEST PRICES on all Beyblades and the FASTEST FREE SHIPPING available.

We also enjoy hosting regular tournaments and events in and around Florida, with plans to help support more players all over the nation.

Every time you buy from us and help spread the word, you’re helping the Beyblade community grow and thrive! We thank you all very much and appreciate all the support— we can’t do it without you!

Also make sure to check out our Youtube video about these combos so you can see them in action!