EVERYTHING ABOUT OUR STATE CLASHES 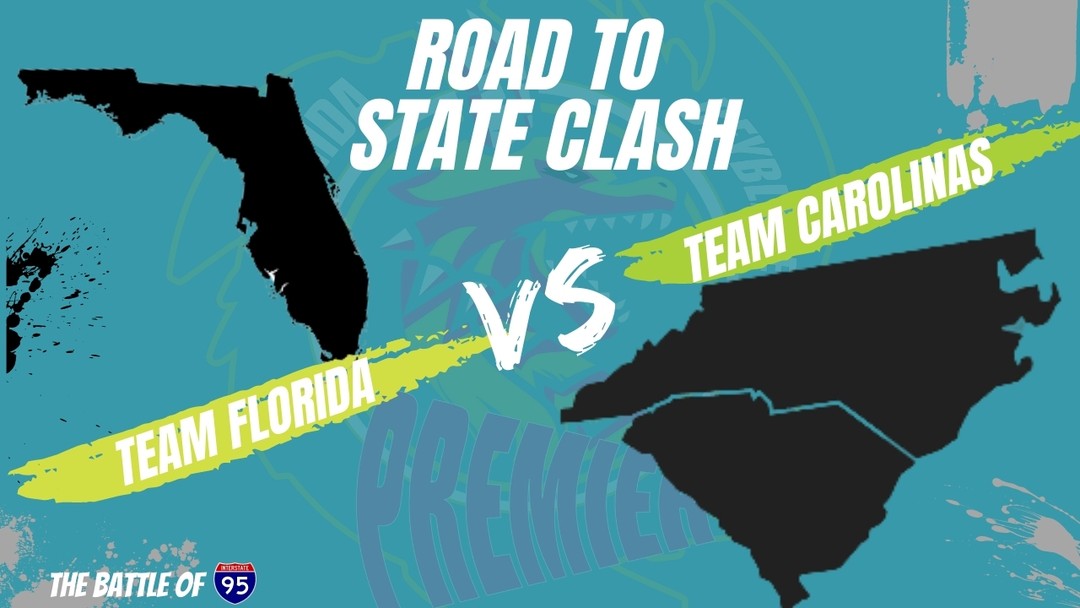 State Clashes Are All About Action, Team work, Strategy, and Quick Decisions!

Beyblade Premier is the host and pioneer of State Clashes in the Beyblade community. We are the nation's leading organizer responsible for some of the biggest and most anticipated events of the year. A State Clash is where the best 12 players from each state face each other in 5 custom-made Beyblade challenges. Each state had 3 months to make up their teams, then 2 weeks to practice as a team before facing each other at Judgment Day.

A blader-centered tournament experience has always been our goal and we pride ourselves in our comprehensive understanding of what the community desires that have put us in a realm above and beyond the regular standard tournaments.

An organizer from each state is selected or volunteered. Each state build its team with their top 12 players. The best players are selected by using WBO’s BRs and sorting it per state. The top 12 BRs by state will have first take to accept or decline joining the state team. If anyone declines or not able to go, the organizer will proceed offering the invitation to the next ranked blader down the list.

Beyblade Premier creates various Beyblade challenges for both states to compete against each other. The state who win the most challenges is crown as the winner. The challenges consist of custom-made Beyblade tournament styles which some times use WBO formats as a core base.

RULES FOR MAKING & STAYING IN THE STATE TEAM:

Beyblade Premier will utilize WBO’s BRs to determine who makes to the top 12 per state. We will keep track of state rankings individually.

1. Each team blader must be an active member of the WBO community with at least 2 tournaments participation in the last 6 months.

2. Each team blader must have played at least 60% of his/her tournaments in the last 6 months in the state he/she is willing to represent in order to be part of the team. We will use WBO tournament history to determine “home state”.

3. In the event a specific state does not have many tournaments hosted in the last 6 months, a player can join the closest state in any direction (N, S, E, W) as long as it meets rule #1.

4. The state team members could change from CLASH to CLASH due to BR changes at the deadline for the next CLASH. See below for more information on deadlines.

5. Each CLASH must be announced at least 3 months prior the proposed date in order to provide enough time for players to attend tournaments for the chance of “making the team”.

6. In the event 2 or more bladers are tied (exact BR at deadlines date) for any team's spot to make the state team, a deck match will be performed to determine who will make the team or get the position for the upcoming CLASH. 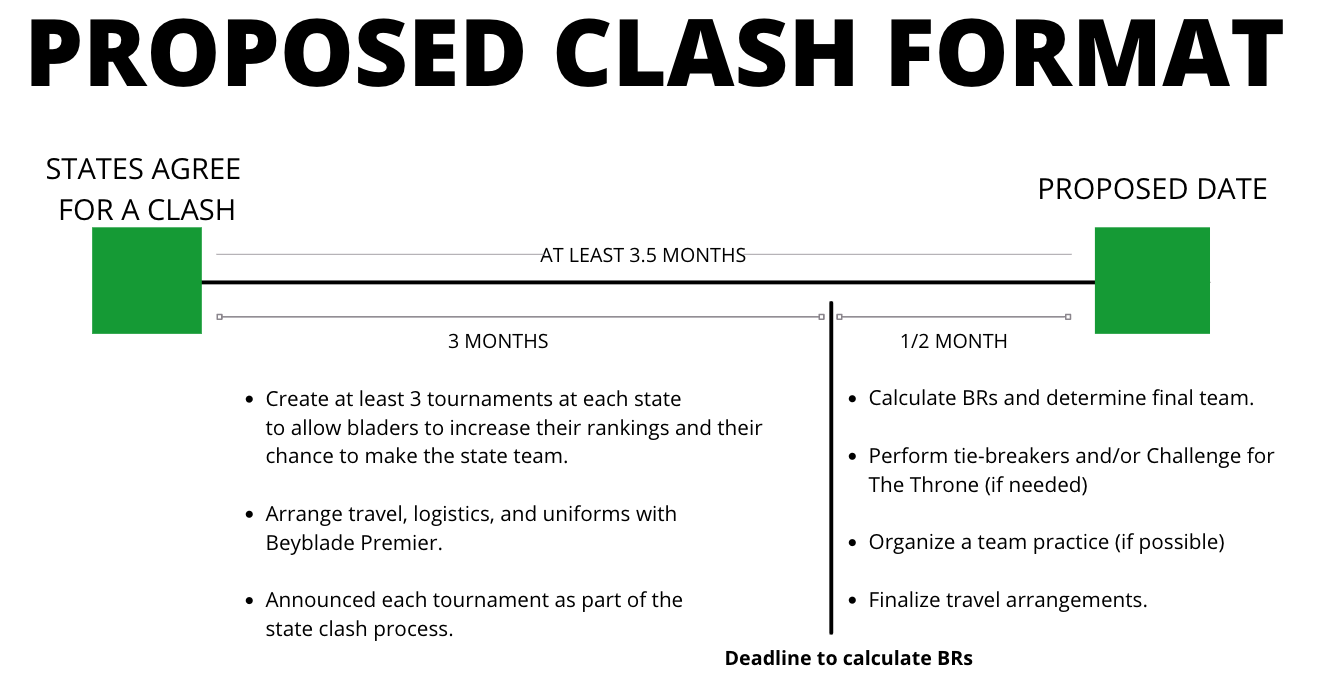